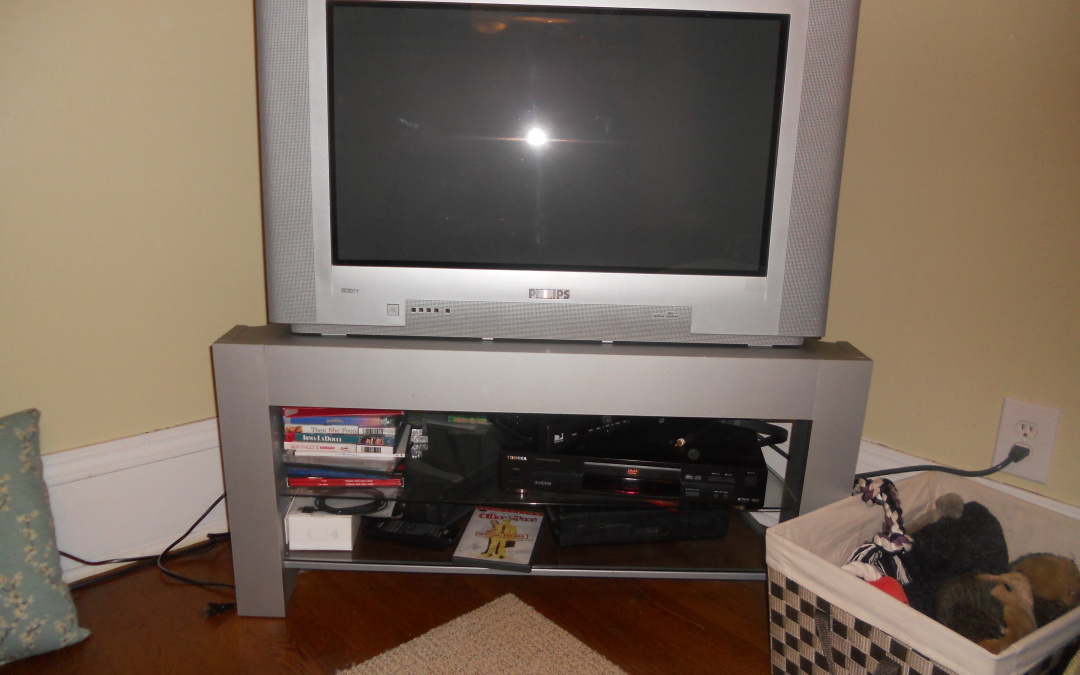 Today Daniel and I cancelled our satellite TV package. We noticed this fall that:

The final straw for me came when I noticed that I’ve started sitting with a book or laptop in my lap while I watch TV. Wow. Just how many signs did I need that I’m not getting the best humanity has to offer most nights by sitting in front of the TV for hours on end?

In Seattle we regularly run into people who don’t watch TV at all as a choice. Often something that feels like self-righteousness to me seems to ooze out of these people. I think it’s the horrified eyes combined with the whispered “Oh dear! We’d NEVER watch TV!” Bleh. It’s as if the rest of their planet is populated by couch potato zombies that they’d kill off if the zombies ever got off their couches and actually left the house (which, fortunately, they don’t, apparently as long as you whisper). 😉

Given these two choices—horrified self-righteous TV denier or couch potato zombie—we’ve stayed firmly in the couch potato camp to date, because we a) generally like our fellow human beings, b) have never actually met a zombie, and c) have a really comfortable couch. But this fall, we finally figured out that we have more choices than just these two extreme ends. As the Buddhists would say, we have found our middle way. For us, this is it:

It’s interesting the amount of fear there has been within me behind a simple decision to switch off the satellite. Will we still be able to find and watch the things we really want to find and watch? Will we still be able to have our household’s beloved “SciFi Friday” tradition? Will we be able to translate this action into improving our lives or will we just become some new sort of hybrid self-righteous couch zombie that just pisses EVERYBODY off around us?

I strongly suspect that we’ll be ok. For one, the more real human beings we surround ourselves with, the less self-righteous we tend to become. Also, despite all my years of TV watching, I still don’t actually believe in zombies.