How to find Oddball Empire 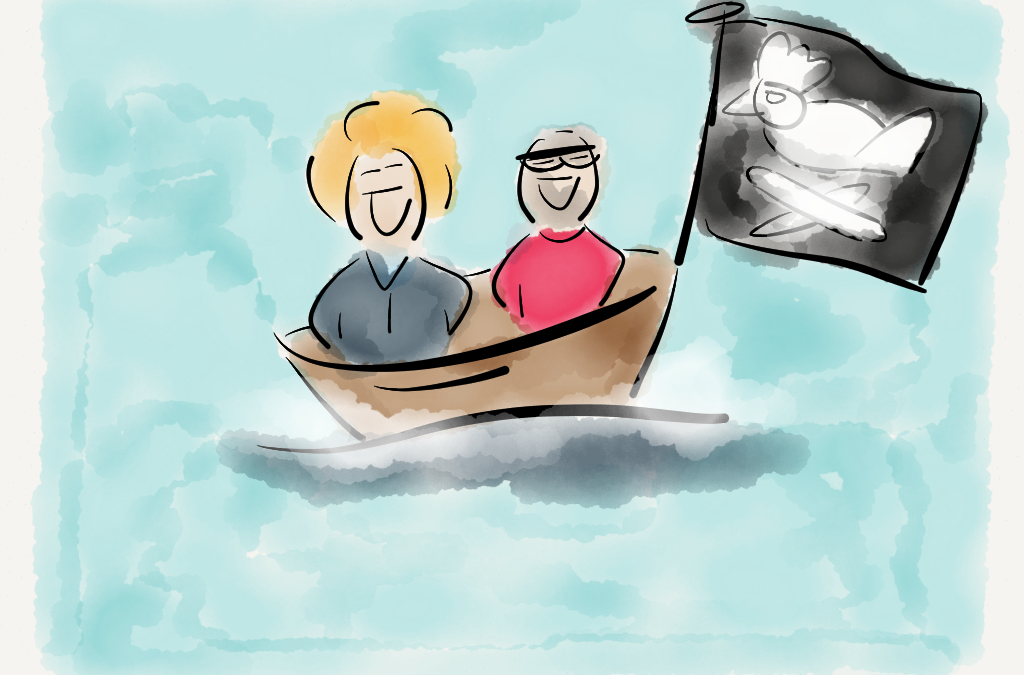 Bas did a really brave thing this week.

And given that he is so beautifully Dutch–reserved and humble and whatever the opposite of self-centered is—he would never toot his own horn about this. But I’m an American, dammit. My friend deserves a bit of frickin’ horn tooting.

For years, Bas researched, wrote, spoke, and breathed project management. He worked as a PM. I’m certain that he got things done more efficiently and better and faster and all those other things PMs care about. And his blog, the Project Shrink, was very popular in PM-land. He had those thousands and thousands of followers that most other bloggers secretly long for.

But he grew weary of his expertise. Tired of the PM box he’d built for himself.

Over the past few years, Bas has been moving in new directions: trying on different hats.

His Project Shrink blog eventually became Shrinkonia, the name of his own created-via-imagination country, as he embraced more of his true, PM-box-smashing self.

And all the while, he’s been studying and talking about what he himself is doing: from the struggle to answer the question “what do you do?” to letting go and savoring transitions, from storytelling to map making, from identity crises to recovering your sense of direction.

Growing ever more playful, lately he’s also been Wile E Coyote. Metaphor Man. Faux Travolta. And The Guru. And my personal two favorites—At Dawn We Ride guy and fellow wandering Chicken Pirate—both of whom feel most like the fun, smart, brave spirit that I spend time with and know best.

His shadow side shows up too. Often in Darwin, his snarky blog who calls him a Hippie and Sherlock and Sparky, lest he get so far out into woo-woo land that he can’t ever catch the boat back to Normalsville.

I don’t think anyone has told him yet that that ship has sailed.

Personally, I keep waiting for the day The Dude shows up, a version of Bas from one of his favorite movies.

Everything that Bas has been doing the past few years is brave. However, what happened this week is bravery of the highest degree.

Bas removed all of the PM books and PM talks from his Web site.

Those last links to his former professional self.

By his own hand.

In Lori Land, bravery doesn’t get much more impressive than this.

This is believing that your world will reward you, eventually, for being the real you.

This is believing in your quirky self and quirky ship mates, even in the face of your fears.

And despite the fact that what you’re doing is so very different from what the rest of the world seems to be doing. And what the old you did.

This is walking your walk.

When people learn what I do for a living, and that my creative partner lives on a different continent, many ask me how Bas and I met and how we ended up working together.

I usually tell the long story, as is my way, that involves him writing about my blog, new-blogger-me being so thrilled that I offered to do his laundry for him, and how we started talking regularly via our blogs until we decided to work together on our first book.

I now see the shorter story.

I knew the moment I met Bas that he was doing exactly what I was trying to do: creating worlds in which who we really are—the whole quirky, smart, oddball us—is terrific. And documenting the journey as we go in case our experience proves useful to others.

Together, it seems, we’re finding those worlds. First Shrinkonia, then Lori Land, and now Oddball Empire: a whole real world of quirky, brave souls that were here all along, patiently waiting for us to trust ourselves completely, do what we’re called to do, and join the fun.

Find the person who hears your crazy story for getting there, jumps on the tricycle next to yours, tilts his/her paper hat into the wind, and shouts “At Dawn We Ride!” Stick together.

Everything else you can invent as you go.