Community: the key to living your own story 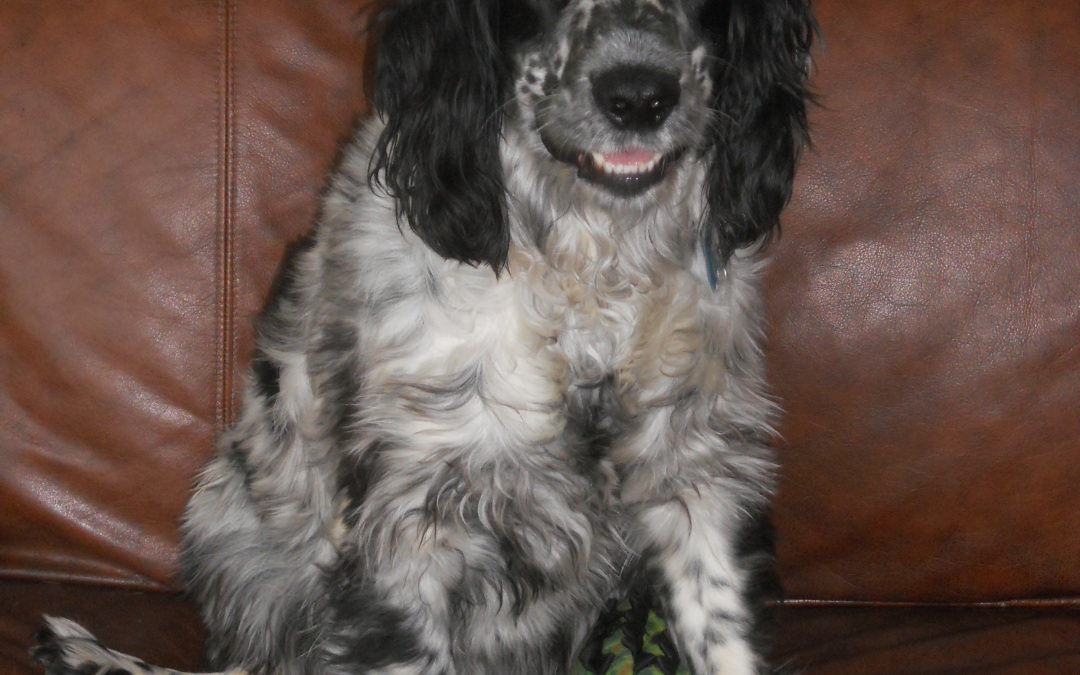 Daniel and I spent this past week in Texas visiting Daniel’s parents. The trip was a delight. They’ve retired to a quiet farm and have, I’m certain, the world’s goofiest dog. Here’s Mac with the toy alligator Daniel and I bought him…

The weather was sunny and warm almost the entire time.

We found a place that sold fried pies, and which I’m pretty sure is where the expression “OMG!” came into existence. We also went to a bookstore, a hardware store, a feed store, and a coffee shop. We took drives around the beautiful countryside. They showed us the effects of the drought they’re in and effects of the summer wild fires. We played cards, watched football, and ate dinner with their friends. More pie—this time a delicious combination apple/pecan pie that I think only an inspired southerner could have invented. Daniel and his dad trimmed some trees while his mom and I curled up in the sunshine and read and played games. Life was good.

But for me, the best part is what I learned on this trip.

It wasn’t that many years ago that I wasn’t the biggest fan of Texas. I was 17 when I first visited Texas and the visit was to look at a prospective university. As we began the university tour—at the dormitories—the tour guide said “The girls’ dormitories have a curfew of midnight. The boys’ dormitories have no curfew. We’ve found that the boys don’t really want to stay out late once the girls have to come in.” My immediate, 17-year-old-self hit rage in less than one second. “Severe inequitable treatment of women and men! Arrgh! In this day and age! You have GOT to be kidding me!” I thought. All this must have shown on my face, because I remember looking at my mom and dad and sharing the collective thought: “We just flew all the way to Texas for nothing.” We stood quietly looking at each other as the tour began to move on. I think my dad was the first to speak. He sighed. Then said, “Well. I guess that’s it. Let’s go.” 🙂

My next visit to Texas wasn’t smooth either. I was 29 and meeting my boyfriend’s parents for the first time. I don’t remember all of that trip—I’m sure there were good times. However, I remember my fear. I remember being scared to go shopping. I’d heard that malls there were experiencing a lot of vehicle break-ins, because so many people in Texas carry guns under their car seats. I remember being scared to meet women. I’d heard a story that many women in Texas carry guns in their handbags. Guns scare me to death. I also remember several sets of people having momentary existential crises about whether they should give two rooms or one to their 29-year-old son and his girlfriend. I was so completely out of my element that when I called my own family to wish them a happy Thanksgiving, I cried. And that wasn’t the last time I cried on that trip. What in the world was I doing in a place so foreign and dangerous?!

Fast forward to this visit. Here’s a small sample of what I learned on this trip:

This time, I recognized so much of my own South Dakota childhood in the towns we visited. And just like in South Dakota, some small towns are pulling together as communities and restoring their downtowns into warm, welcoming, unique, and beautiful places. Other small towns seem almost to be fading into non-existence, and I felt the sadness of loss as we passed through their crumbling remains. One local diner reminded me of my own family’s former small-town diner, the Dakota Diner. Across our 6-day trip, every time we ventured out I found myself talking to warm, friendly, and curious people who started conversations with a smile, struck up conversations with me (a quiet stranger), and who gave me the benefit of the doubt even though I come from crazy progressive Seattle. People were telling me there life stories in the book store and twice while I stood in the line for the women’s restroom. Most were also funny—weaving jokes and kind teasing of themselves and each other into their stories. I found open people, willing to listen and learn. People frustrated by many of the same things that frustrate me.

If you’re from Texas, you might be asking yourself “Well, what did you expect girl? Texans are known for their welcoming nature and big hearts.” Where I’m from, though, that’s not exactly what Texas is known for anymore, and you Seattleites might even suspect that I’m sugar-coating my recent experience now that I know my mother-in-law will read this. No matter. This is my truth and my story.

There are still many differences between what I believe and what many in Texas believe. But it was also in Texas, not Seattle, where I learned for good how little that matters. It was in Texas that I came to fully trust myself to live in the moment with others. Where I learned to make my judgments (because I’m not the Dali Lama, folks, as an individual I do slip into judging people now and then) not on what we believe but on who we are together, in each others’ presence. Thanks to my community, I’ve experienced the pointlessness of judging others from a distance and how my individual fear really does hurt me the most.

As I sat in the airport, this is what I experienced and recognized:

So it really wasn’t Texas that needed to change. It was me.