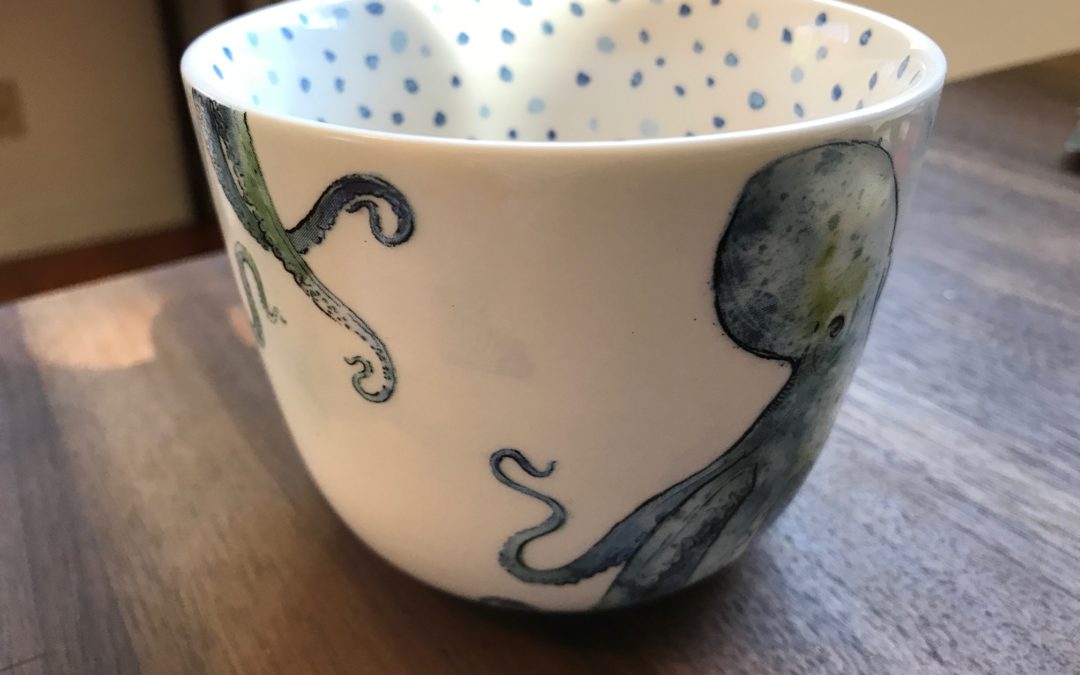 I wrote this three years ago and somehow forgot to publish it. Its about to become an essay in my new book Unshaken Wonder, which will reach others in October 2017. I’m posting it here now for my friend Clay Forsberg. In part, in response to his lovely new essay Staying Strong. Stay strong, Clay! You’ve got this…

I shattered this year as my family shattered.

My mother has Alzheimer’s disease. My father’s been caregiving for 9 years and his own health and well-being and attitude have taken a hit. My sister and I are care partners for both of them now. My extended family has been in a court battle over my grandparents’ estate for a year and a half. Too many of my once-close family can’t stand each other now. So much anger. Some days I choke on it.

Many in my family won’t speak to each other at all now. Some quietly drifted away. Some cut ties with us because they can’t handle our pain on top of their own. One I cut ties with because after a year of inflexible rage I realized that I was actually talking to a wall, not a person, and so was she. I’ve been told my poetry is experienced by some as bashing the family and that my immediate family is no longer experienced as part of the larger family. Some are certain that their ties are broken forever. Some cry for weeks on end. Those not speaking to each other tend to make wild assumptions about the motives and stories being told by the other side. There are apparently “sides” now and a lot of us don’t recognize that taking sides and creating sides are the same thing. Several of the people who spent decades teaching me to love tried—and failed—to teach me to hate. Game changer! It’s bizarre. They rage at each other. Rage to anyone who’ll listen, actually. Sometimes they appear to enjoy imagining and saying the worst. Many feel torn in half. Betrayed. I know I do.

If you want to remain in the Keep Calm and Carry On world forever, by all means, don’t come here. Don’t enter the space between.

Here we rage. We fail. We scream. We yell. We weep. We make huge, unforgiveable mistakes. We fight. We flee. We watch our hands become axes as we cut ties with those we love/hate/must move away from just to survive. Wonder if those sharp axes will ever be reimagined into poet’s hands again.

From Keep Calm and Carry On Land, we may appear crazy. Out of control. Scary. Broken. Dangerous.

Oh but we aren’t. We are living a different kind of life is all: a wilder, wider, always-moving-now life.

One life is a pond. It is calm and serene on the surface. Its danger is stagnation and limited self-reflection pointing only at the sky. In humans this can show up as stability. Without shatter, though, it can also show up as rigidity, self-righteousness, losing touch with beyond-self reality, and choking on a festering stew of your own judgments and imagined monsters. I don’t have to imagine this. I live it.

Life within the shatter is more like a river. Its danger is flooding and overwhelm. In humans, this can show up as flexibility, empathy, and exploring the nature of things far beyond the self/pond. Without some stability, though, it can also show up as being so far out of control that you visibly cause harm to yourself and anyone in your path. I don’t have to imagine this life either. I live with shatter every day now.

Instead, I became a family elder. Cut ties with some relatives (and some cut ties with me) to have more energy for supporting my parents, sister, aunt, cousins, husband, and self.

I became sillier. I binge watched all 153 episodes of Gilmore Girls on Netflix to mend my broken heart. A show that I’d never watched before and written off in passing as ridiculous, harmful, sexist, girly pop-culture brainless fluff. (Gosh, I’m not judgmental at all, am I?). The show mended a little girl’s broken heart. This little girl, age 44. My sister and I then reimagined ourselves as an improv comedy caregiving troupe: Team Jinda.

I became a dragon. I spoke my truth in person, in poetry, and in essays and drew the wrath of extended family, who screamed “You know that’s not true!” at me for sharing my perspective. It worked. Those previously inclined to rage at my exhausted father and my pregnant sister turned their eyes and their rage on me. Or tried to anyway. It’s remarkably hard to fuck with a dragon: especially a poet dragon who works part time as part of an improv comedy troupe. I am a person now comfortable in the presence of pure rage. Yours and mine.

Those who appear crazy, out of control, dangerous, scary, or broken don’t scare me as much now. Those who rage, scream, flail, yell, weep, fight, flee, or make unforgiveable mistakes don’t scare me either.

People who shattered. Survived. And got remarkably fluid, powerful, and silly in the process. We got stronger.

We move together like a river now. More powerful, and broken, than before.

We mix metaphors like fancy cocktails with little umbrellas.

Here within the shatter, the sign in the window always glows Open. Wide Open, actually.

Except for the brief moments it glows Get the Fuck Out and Let’s Try Again Next Year.

That’s what staying strong looks like for us now.