Her Name Is Linda 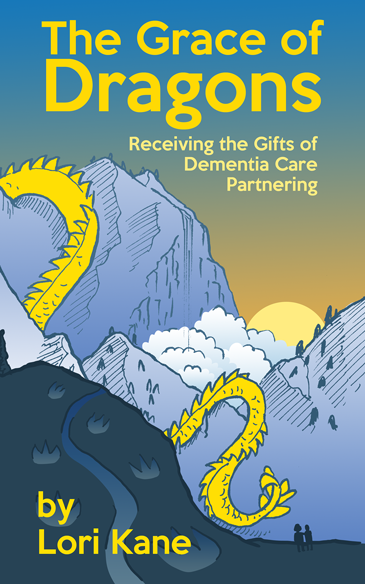 My mom Linda was diagnosed with Alzheimer’s disease by a doctor in 2007. She was just 60 years old. Mom, dad Jim, sister Jen, and I all knew that something was going seriously wrong with Mom for several years before that diagnosis. Memory troubles showed up. Anxiety and depression showed up. All new to her. More significant personality changes, such as not wanting to talk on the phone with us anymore, not wanting to visit Jen and me anymore, not wanting to do many of her favorite things, and avoiding spending time with other family members, friends, and large groups of any kind. She began spinning in worry about simple things, such as spending hours worrying that she would forget to feed the dog at 4 p.m. In those early years, worry spinning began causing her to repeat herself: such as asking me 15 times, in 30 minutes, to make sure she didn’t forget to take a bottle of water into the theater with her.

The more we read about the disease, the more we suspected Mom had Alzheimer’s. Even so, it took us years to finally get her to the doctor for that official diagnosis. She was remarkably sly at avoiding that doctor visit, including cancelling appointments behind Dad’s back: another completely-not-like-her thing to do.

We are an entirely different being today: a collective being. Reflective and thoughtful. Calm within storms some days. Creator of storms other days. Able to drop worry, stress, fear, ego, and even people, if need be, in the blink of an eye. We’re becoming quite the bad ass together. More fluid and funny too. I’m a creator now: poet and artist in addition to writer and editor. My sister recently became a mom. We even speak a wordless new language now. Speak collectively out of habit. From my perspective today, the difficulties we experienced before are mostly symptoms of trying to tackle change and chaos, and trying to fix unfixable problems, as lone individuals. The result of standing in a river alone and trying to make what is right now back into what used to be. How impossible and exhausting that was.

So yes, as a dragon/river/human/community hybrid being, this disease doesn’t terrify me now. Not anymore. Even though I myself may end up with it as soon as 10 years from now. Thank you Alzheimer’s.

In August I was sitting outside a coffee shop, in the warm sun, having lunch with a friend who is also an Alzheimer’s care partner. In addition to talking about our marriages, food, the wild world of indie authoring and self-publishing, our mid-life aspirations, and our families, he brought up the subject of euthanasia. We talked about when and if our loved ones might make that choice and when and if we, ourselves, would ever make that choice. I’ve never had this conversation with anyone: not my husband, my parents, or my sister. It was a deep, lovely, moving, weird, and fascinating conversation, woven into and around talk of annoying husband quirks, great new food spots in the area, and the stubborn expansiveness of mid-life waistlines.

As I drove home, I realized that I’d just had yet another amazing, life-affirming conversation that I wouldn’t have been strong enough to have before Alzheimer’s disease entered my life. With a close friend I may not have had without this disease. And, even more amazing, that I’d just spontaneously taken a 4-hour lunch break out of the middle of a glorious, sunny work day. The old Lori would never have done that. Never. Thank you Alzheimer’s.

Our new book, The Grace of Dragons: Receiving the Gifts of Dementia Care Partnering, is another gift of our experience. A gift born of finally learning to slow way down and make time for what matters most. It is a collection of essays and poems that I wrote between 2012 and 2015 — the years my panic about Mom’s disease had subsided enough for me to notice beauty again. Create beauty, anywhere and from within anything. The essays and poems have been grouped in the book by one of the gifts they share in common, out of chronological order, so dates, times, and world events may seem a bit jumbled and confused. That’s ok. In this world, the gifts are the focus. Everything else is background noise.