Our Disease, Our Story 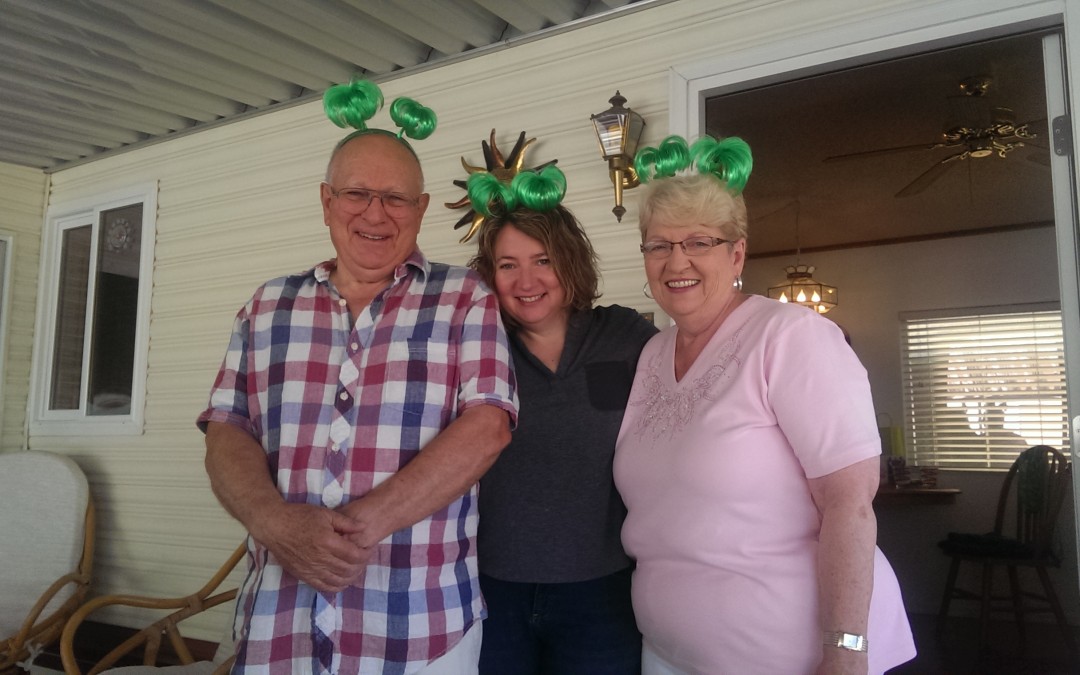 Nine years have passed since we first noticed significant changes in mom. Seven years since the official doctor’s diagnosis: Alzheimer’s disease. Back then we blindly accepted the experts’ truths, stories, and definitions as our own. We picked up the following traditional definition, for example, as if God herself had etched it into a large boulder and dropped it unceremoniously on our heads…

According to the Alzheimer’s Foundation (March 2015), Alzheimer’s disease is a progressive, degenerative disorder that attacks the brain’s nerve cells, or neurons, resulting in loss of memory, thinking and language skills, and behavioral changes. According to Bright Focus (March 2015), in people who have been diagnosed, its progress is commonly tracked in three stages:

Wow. No wonder we were terrified at the beginning. Some major changes were happening in a beloved family member, we went to our culture’s healer’s for help, and this was the story we were handed: a victim’s story. A half story.

In this half story, mom became something less: a patient doomed to decline, frustration, pain, coma, and death. And everyone else became something less too: caregivers. People in non-stop give mode–no longer part of life’s dance of giving and receiving. In the case of Alzheimer’s Disease, being a caregiver means something worse. It’s akin to being a long-term helpless bystander: someone who gets to spend years busily dusting bookshelves on The Titanic.

Without the wholeness of context and experience–without the whole story–the natural response to having this horror of a half story thrust upon you by a healer is some combination of fear, dread, anger, denial, anxiety, and depression. It’s no wonder that people resist going to doctors to get this diagnosis. And it’s no wonder that doctors hesitate to share this diagnosis once they make it. Offering a half story to already terrified people isn’t healing.

Here in our family, we’re nine years in now. We’re not living somebody else’s story anymore. We’re living our own story. And while I’ll happily support other healers in our culture by doing Alzheimer’s walks and signing up for certain research trials and donating money for research, what I won’t do anymore is sit quietly by as if the half story is enough. We’re all so much more. And we all deserve better.

At 44, I feel like a kid, yet I’m a family elder now. I’m a family healer now, too, within my own family. If I used the traditional definitions, I’d say that mom entered the Moderate (Stage 2) phase of the disease about 18 months ago. But I don’t use half definitions anymore.

Being a family elder and healer involves deep listening and deep gratitude. Listening to my mom, my dad, my sister, and myself as individuals and as a whole. Watching what we do. How we do things. What we eat. Where we go. How we feel. How we change. How we help each other. Reflecting deeply on what is happening with us. I also watch and listen to their neighbors, closest family members, and friends and to my own closest others, too. Watching what they do. How they do things. Our impact on each other. Reflecting on what is happening with those around us as a whole too. I feel deep gratitude in the presence of all these people–even those my family has had to say goodbye-for-now to. Because we’re all part of the whole.

Instead of fighting a whole planet of doctors on this, which I don’t have time for, I think it’s simpler to say that today, from my perspective, my mom’s initial diagnosis was wrong. Or, perhaps that it was half right.

Linda’s Disease is a progressive, generative, advanced state of familying in which the closest family members begin spending a lot more time together as adults, staying in the present moment more often together, laughing more, sharing and letting go of fears together, experimenting with new ideas and activities and selves, shedding unnecessary stuff and pain-generating people and places without guilt, communicating far more than before and learning to intuitively, almost telepathically, communicate with and support one another and a growing circle of emotionally local others. By mid-stage, Linda’s Disease cracks open core family members’ imaginations and transforms them into powerful new selves including artists, advocates, activists, poets, parents, grandparents, dancers, care partners, play-event inventors, game creators, and group improvisation experts. The bravest family member slowly becomes a living guru/angel: helping the others shed their burdens and live more awake, aware, brave, and beautiful lives. Eventually, everyone in the core family and closely connected to them receives similar living-guru/angel gifts and shares them with others—across cultures—closely connected to themselves.

Linda’s Disease holds the potential to transform our entire planet for the better.

This is the other half of the story. The one that truly honors mom for who she is today: a woman who reminds us of the deep healing potential of putting on a fluffy robe, folding warm laundry, and laughing together.

Healers, I don’t have to tell you that sharing only half a story with people already terrified and struggling can do harm.

Families, I don’t have to tell you that living only half a story–somebody else’s story handed to you from a distance–can do harm too.

Today we are all being called to live and write our own stories: a story in which we’re characters in the tale and also authors, creators, of the tale. A tale in which we all get a voice. A tale that doesn’t stop half way through, stranding us as victims. A tale in which family members and elders and healers and neighbors and others going on similar journeys play and work hand-in-hand.

We are all so much more than the old story told us we were.

How do I know this?

Because we’re nine years into our own transformation. Over the years since the diagnosis, mom has given us more of herself, not less, than in the past. She’s given me the courage to leave energy-draining work, to turn my home into a community space, to become an author, to move to an island when I felt called to do so but didn’t know why, and to recognize myself as a poet. She helped return me to myself: the girl painting rocks and sitting on the beach writing poetry. She helped return my sister to herself too: giving her the courage to become a mother herself. We can hear her voice within us now, and her story and ours weaving together, whether we’re in the same room or thousands of miles apart.

Our story. Our words. Our definitions.

Here at Moderate (Stage 2) of Linda’s Disease, we may invent words and stories and definitions for ourselves, not because we have to, but because we can. We can! And we may no longer recognize familiar faces because we have shed our former selves and become something both oddly familiar and yet entirely new together. Here we may begin to tell the other half of the Alzheimer’s Disease story: the half that “well” people in our culture often cannot imagine and see without us. Because here, right here, we live and play and dance and laugh and weep together. Here we are whole. Here we become our potential. We become game changers.