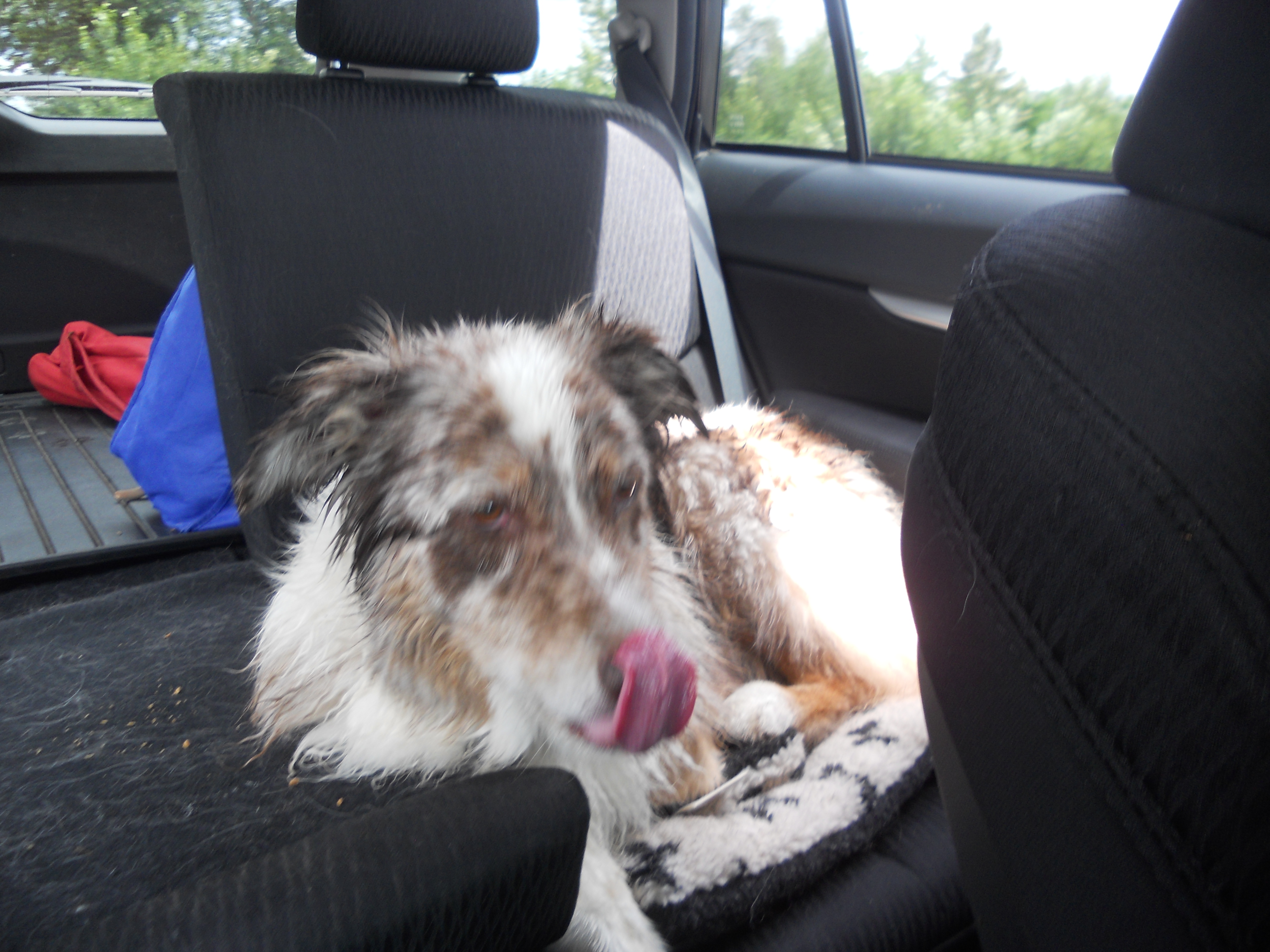 I’m having a rough month.

Normally I love being off balance. And to ensure that I can believe myself when I say that, research-nerd me spent this morning gathering evidence from the life of the real, off-balance-loving me. A girl who:

For me, being off balance means learning, changing, and growing out past the limits of my individual imagination. Learning flexibility, agility, and how to think on my feet. Getting to be on my feet–and out of my head–more and more. Getting that “wow, holy crap, scary!” plus “cool!” butterflies feeling in the pit of my stomach. Witnessing bravery in those around me every day. Lots of wow.

So who I am right now is almost totally foreign to me. Because this month, being off balance SUCKS.

I feel like I’ve been unkindly thrown completely outside of myself this month. And I like myself, so I’m really not happy about it. My three sucky things that I’m having trouble shaking…

I had to have oral surgery. A “small procedure” involving removing a teeny bit of my gums from around an old crown followed by a few stitches and 10 days of recovery. No big deal at all, I was assured by the doctor.

My body is refusing to recognize this as a small procedure. My body is acting like 3/4 of my entire body was removed. Like its missing legs, arms, and torso, not just a few millimeters of gum line.

It’s not cooperating with my brain’s life plan even a tiny bit. Horrible fatigue. Aches. Headache. Exhaustion. My entire being has felt off for 12 days now: since the day of the surgery. I am not myself. I am grouchy. Sad. Feeling sorry for myself. I don’t recognize this person. I don’t like this person who has to drag herself out of bed late in the day. I am not a person who feels sorry for herself over something so small. So who the hell is this?!

I was so excited about releasing our new book in May that I could hardly see straight. And it really was great to learn what Bas and I can do together from opposite sides of the planet and having never met in person. To learn that he wants to keep working with me. To imagine what’s next. To learn that leading with play in my work works far better than I’d imagined. To hear from friends who liked the book and shared it. People who told me it helped them. All great.

But something else happened. Or, more precisely, something that a hidden little part of me expected to happen did NOT happen.

I didn’t hear from my mom.

My mom has Alzheimer’s disease.

We’ve always been close. And 10 years ago–when I was behind the scenes helping other people publish their books at Microsoft–my mom was so proud that she would take several copies of the books around to my family members (sorry guys) just to show them my name. A name not on the covers of these technology books, mind you. Just my little name on the Acknowledgements pages. A thanked-by-the-author name among 20 or 30 other people within books that my family would never actually read. Books sitting on their shelves not because of their content, but because on one page out of 500, hidden in their depths, lived the name of a person who they loved.

Today I have a book of my own. A book that tells amazing human stories. My name on every single page. And I’ve found myself in unexpected mourning. Mourning the days my mom celebrated the publishing of just two words: Lori Kane. 🙂

Today I have a mom who cannot remember that I wrote a book. Cannot share it with others. Or even call me on the phone without my dad’s help. These stories we craft–which are like children to me–will never be known by their grandmother.

This spring, my beloved Seattle has experienced a rash of gun violence. We’ve had as many homicides in 5 months that we had all of last year.

Last week, a mentally ill man shot and killed 5 people in one day before turning the gun on himself. One of those people was in a parking garage not far from where Daniel works.

In our own neighborhood, a man driving home was shot and killed as his car pulled up to an intersection. Some young guy was angry, pulled out a gun, and shot across the street at another guy. The man who was hit just happened to be in the car that rolled into the line of fire of the bullet. Nobody was mad at him. His 5 and 7 year old daughters were in the car with him, as were his parents, who he’d just picked up at the airport. His parents were visiting to look after the kids so he and his wife could take a weekend trip away. They hadn’t been away from their kids on their own in 7 years. Instead, he died in his father’s arms.

Daniel and I drive through that same intersection several times each week. In fact, we were there 20 minutes later, wondering what was with all the police vehicles and driving the web of detours around the scene.

It seems like every person I meet in the neighborhood has the shooting victims on their minds. Knows that it could just as easily have been them on that corner, in that cafe, in that parking garage. We are a city in mourning for people we didn’t even know. For the families they left behind. For our friends who did know them. And it sucks.

Being off balance totally rocks and totally sucks

This is a really good reminder for me, because my habitual, go-to response in “this-sucks” moments is to try to fix things, help people, cheer people up, offer ideas for moving into another feeling/space. Or I feed people.

But that’s not really what I need right now.

I just need the space to say.

I think that I’m learning something else here too. Learning that what I normally am isn’t actually “off balance” at all.

It’s like in yoga class. If you raise one leg into the air for tree pose–and you think of yourself as an individual–balance can get tricky. You appear to have half the support you used to have. But as you lift that leg into the air, you can also grab the arm of a dear friend, and feel better and more stable (forest pose?). You can also experience yourself as the whole room full of people, and when you open your eyes you appear to have 15 legs. You are a poised, kind, graceful, and sometimes giggling roomful. A new creature blinking to life. And you feel even more supported than before. Less likely to tip. Or, you can even imagine and experience yourself as the space between people, and then there’s no way that you will tip over. There’s nothing to tip.

For me, “off balance” are the feelings and words of an individual. They are the words of me experiencing myself as one small creature, lifting her leg up into tree pose, feeling half of her support going away, and being scared of falling on her tree roots (aka, my ass).

And I’ve been sad and angry in part because all my standard approaches for fluidly moving beyond haven’t worked this month. And because, well, for me right now just sucks.

I think my default state is in flow: moving and learning and playful and joyful. My truly-feels-like-me state is fluidly moving among the individual, friend group/forest pose, new and blinking roomful, and the space in between states.

Feeling off balance means that I’ve been in my individual self state for an unusually long time.

Which is a perfectly fine place to be even though it sucks right now.

Or maybe it’s time for me to move on, and I’m about to learn yet another way to move back into myself, back into flow.

Or maybe I just did.