10 Tips for Stretching Your Imagination 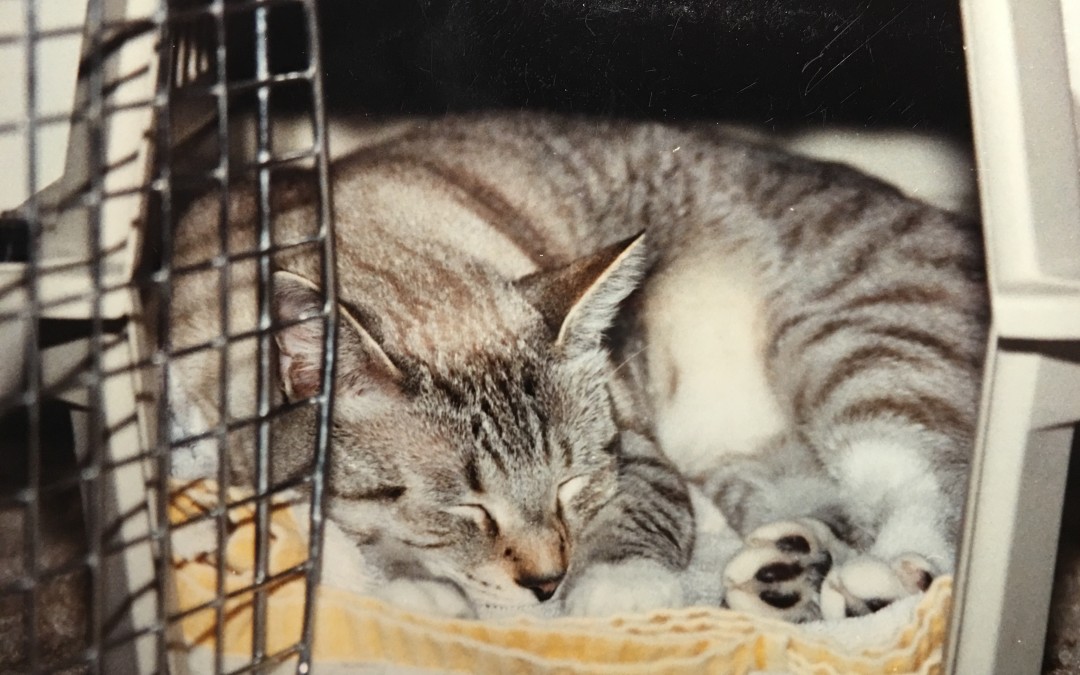 I was 23 when my first cat found me. She leapt out of a holiday box — a gift from a boyfriend — promptly jumped into my largest house plant, and pooped. We named her Winnie the Poo, Winnie for short. Two years later (different house, different boyfriend, different house plants, same cat), I noticed something else. House cats are their own special kind of completely bizarre. They do all the same things as outdoor cats: stalking, hunting, chasing, pouncing, lounging, and playing, for example. But why they do these things requires new imagination on the part of their humans.

Winnie’s favorite hunting grounds were beneath the kitchen table and chairs. She’d bat a toy mouse into the kitchen across the slick floor and spend an hour peeking around the corner watching it, tail tip just barely fluttering: a distraction intended to lull the toy mouse into thinking the movement was nothing more than a tiny fly. Nothing to fear here. Nothing to fear here. Nothing to fear here, gentle mouse. Go about your toy-mouse business entirely unaware of the giant goofball predator planning to pounce on and embrace you. Sometimes she’d back up slowly and come around through the living room into the kitchen from the other entrance: to throw off the toy mouse entirely. Sometimes she’d jump onto a chair seat and stalk the mouse from above.

Often she’d advance quickly, slide in on her belly like a home base-stealing baseball player, with paws outstretched: the elusive mouse just out of reach on the other side of the table legs. Some days she’d never get around to capturing it at all. Other days, after she captured it, she’d celebrate by dancing and then bat it out of her own reach. And start again.

Living in progressive and brainy Seattle, for years the primary lesson I took from Winnie was one of the dangers of privilege. Those of us who lucked into having plenty in this life, and even many who managed to work their butts off for plenty, having achieved it, can fall victim to spending a lot of time worrying about small things that don’t really matter in the long term. We can become indoor kitties: seeing table legs as insurmountable obstacles, toy mice as fierce opponents, and become out of touch with the real, or most difficult, problems of the world. Early on, I even managed to convey this idea to my husband somehow. Because for many years, when one of us got irrationally freaked out over something small, or we had a neighbor irrationally worried about, say, his fence line behind an old garage where nobody ever went, or a family member freaking out about, say, a small wardrobe decision, we’d look at each other and telepathically think “indoor kitty problem.” Extremely useful to an observer self. And extremely arrogant toward the observed. Not remotely helpful to the “irrational” people experiencing the problem, except, perhaps, as a shining example of how not to be helpful to anyone except your individual self.

I’m older now and lucky to say that six cats have opted to spend their lives with us. We live with Bella, Joey Big Paws, and Batman now (rest in peace, Winnie, Gus, and Bonzai). Lately I’ve been revisiting my early assumptions about Winnie and all the house cats who’ve followed her into my life since. If I’ve learned nothing else, here at 45 I’ve learned that I’m a person who has to listen to at least six cats to have a clue what I’m talking about.

I now strongly suspect that cats really don’t give a rat’s ass about the abstract concept of privilege. I suspect that cats don’t give a rat’s ass about most abstract concepts, or teaching life lessons to spectators most days, at all, either. They’d prefer an actual rat’s ass, thank you very much. Cats don’t teach abstract lessons to outside observers about what not to do: that would be inefficient and cats cannot be inefficient. Cats demonstrate what works for them and what doesn’t work for them. Whether anyone happens to be watching or not. Just in their being. I also now strongly suspect that it is me, not progressive and brainy Seattle, that can tip into arrogance when not paying close enough attention. So I’ve been paying closer attention…

Life is lived and learned deeply in the smallest of moments.

10 tips about something, I forget just what now

When a cat is walking determinedly somewhere, then encounters a sunbeam, changes her plans on the spot, and curls up to lounge and nap, that is a direct invitation into deep living to a watching human.

Don’t think about it. Try it yourself. Stop for that sunbeam. Curl up in that sunbeam. Being careful not to shade said cat. Sunbeams are a gift to be savored.

When a cat attempts a leap to the top of the tallest bookcase, or the peak of the roof, misses entirely, flails momentarily yet lands on his feet, on the ground, with surprising grace and self assurance, that is a direct invitation to try leaping and falling to learn about things like gravity, self-centering, and grace. Leaping and falling repeatedly are gifts too, for those interested in learning about grace, gravity, and the abilities of their own bodies and feet and egos.

When someone shows up to play with you, don’t think about it. Play. Play is a gift too.

Most of what is happening in my life is within my/our shared imagination. We have an amazing imagination. And right along with amazing imagination comes made up problems that actually deeply matter, whether we know it at the time or not. Problems are imagination stretching exercises coming entirely from within. Or, if you prefer, one imagination trick I enjoy is stretching my “outside” out around the problem, until it is, in fact, within me. Yep, I love this one: no matter what words we use.

Whether we find ourselves lost among kitchen table legs, alone in the jungle and listened to by no one, or living on a very pissed-off planet dripping with busy humans and insurmountable problems, deep learning and living are available as options every single small moment. With every breath. Try learning something new from everyone touched by you and everything you touch. Then try not to. Curl up in a sunbeam. Play with your own toy mice. Watch and listen even more closely. Revisit assumptions again and again and again. Allow ample time for embracing all parts of yourself. Leap and fall repeatedly to learn gravity, self-centering, and grace. Dance with aplomb. Bring back into fashion words you deeply love: also with aplomb. Know that your very being demonstrates the world you want. So lounge as if you yourself were put here to hold up sunbeams. Plans are good: play is better. Most days. Name yourself. Demonstrate what your true name is, again and again, until you could not possibly be called anything else. Then re-name yourself and start again. Later–when all the power of the world is in the palm of your hand–play with being named by others, like my friend Bernie, game designer, play guru, and CIH (chief imagination hippopotamus) of my life.

And never, ever forget to laugh at “I am just….” I am just a toy mouse, a house cat behind a table leg, and a woman watching their story unfold: three of the most important things in the universe at the moment.